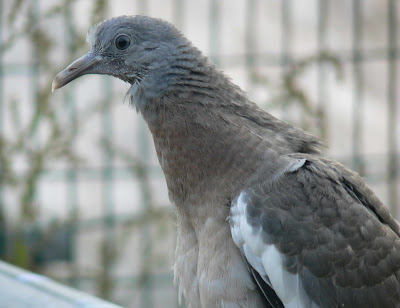 OK, so it's not a Sea Eagle, but in the past dark wet days it's the best I could manage. A scrawnbag young Wood Pig, destined to be a meal for one of the Peregrines no doubt. 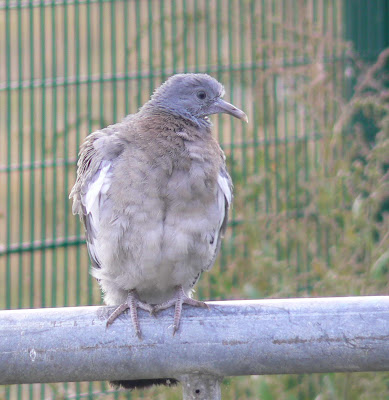 Anyway, back to the Sea Eagles - the reintroduced birds in the Western Isles were in the news this week, with reports of the large number of lambs that they have been taking. The conflict between conservation and livelihood is a difficult one to resolve.

The last Sea Eagles bred in Scotland in 1916, and this is the subject of a book by a Deal writer, William Horwood, whose book The Stonor Eagles, is partly based in Scotland and Norway, and partly in Deal. 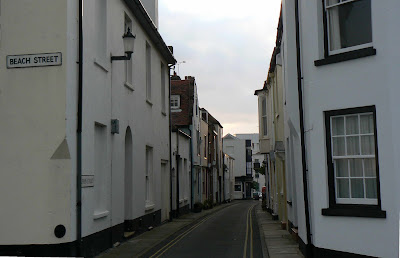 There is a long description of the old man (who is feeling the guilt of giving away the site of the last nest to the gamekeepers back in 1916) telling his stories on a seat looking out to sea, near his little house in Compass Street (presumably Coppin Street, with the Three Compasses pub on the corner).

The second chapter of the book begins 'A bitter easterly wind drove ever heavier waves against the grey concrete plies of Deal pier....' - the man knows what he's talking about all right.

I'm only a short way through it, so I can't give away the end, so please go and patronise your local independent bookseller to find out what happens.

One of the RSPB's projects is on Sea Eagles in Mull two of which have had transmitters fitted, while another project is further reintroduction in eastern Scotland.


Later....the sun has reappeared and it looks good for the weekend.

He can't help it that he's not a sea eagle! The book sounds good and I will look for it. Your photos really look like a good companion for it. You succeeded in getting my interest in the book.

Steve shh about the cricket!

Hi
Thanks for your mention of my novel The Stonor Eagles. Just to say that 'Compass Street' is actually Golden Street (I lived in No 10) Very good to pictures of places I know so well and love. My subsequent book The Boy with No Shoes is a much more recent and accurate evocation of Deal and Kingsdown gets a mention or two!!

Thanks for the comments Mr H; I'll have to buy The Boy with No Shoes now!
My wife and I enjoyed Duncton Wood in the early 80s, and Callanish and Stonor Eagles later and again just recently.
When (as this weekend) I watch raptors swoop and soar, I'm reminded of your descriptions of the joy of flight.